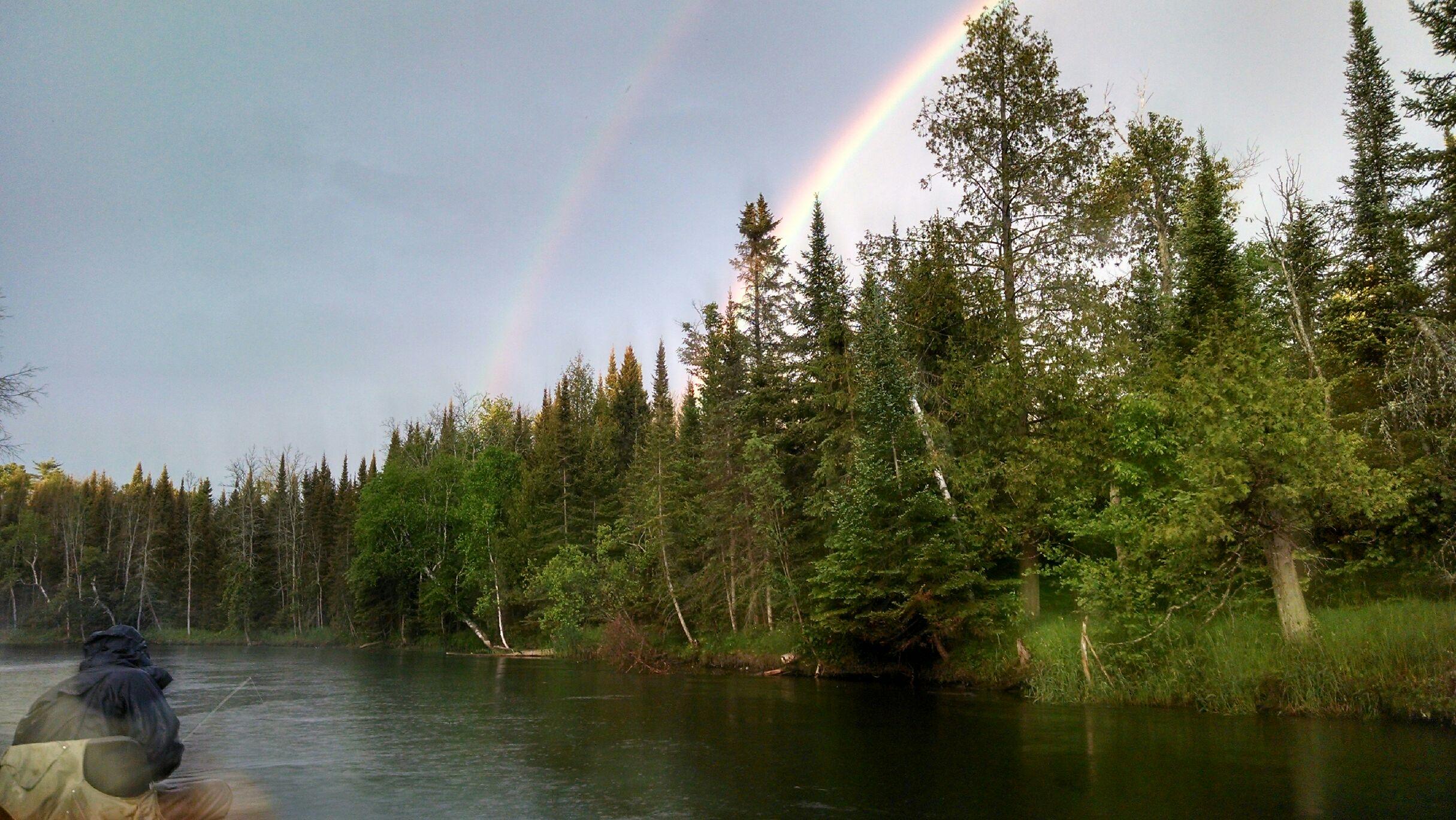 We’ve been lurking on the top of the basement steps of water temperature – peeking through the door but, now, the forecast warm weather is about to karate-kick-splinter the opening of Hendricksons.

Things have been hovering just a few water temperature degrees below guaranteed go time and with sunshine and heat in the forecast, things should bust loose and bugs should hatch and fish just may, finally, rise.

It will be pleasant on the water this week.  The Hendrickson hatch will get rolling and the brook trout will begin to seek the surface.  But there’s always maybes and if’s and but’s on the Au Sable.  There’s going to be a lot of wonderful sunshine out there in the afternoon and those bigger brown trout, generally, recoil like vampires from sunlight and rise tucked into cover.  The warmth could also accelerate the hatch – it could be over quickly.  Don’t dawdle getting to the River.

Brown trout are winter-hungry and wanting to feast like den-emerging bears.  These fish have about five months to feed and put on the weight they need to spawn and survive the winter.  And the small trout have to do the same just to grow enough to muscle into cover and survive their first season.

So, when the water temperatures hit the magic fifty-five-degree mark, fish will feed on whatever is available.  It may be wise to pitch nymphs and emergers even during the rise.  Hendrickson nymphs are strong, active swimmers that garner lots of underwater attention and, while smaller trout will look to rise, their bigger brethren may be reticent to break the film.

That won’t matter to me.  It been a long while since trout have risen and I will certainly be angling to every on that rises on that first day.  I usually miss the first half-dozen of the season with too fast or slow hookset, anyway.  I’ll consider it pre-season practice.

There won’t be a lot of time to dial in.  Warm nights will offer up heavy spinnerfalls in the late evenings, and in that failing light fine trout will rise and all of that daylight brook trout practice may pay off with a brutish, battling brown trout.

Fish are finally on the rise.