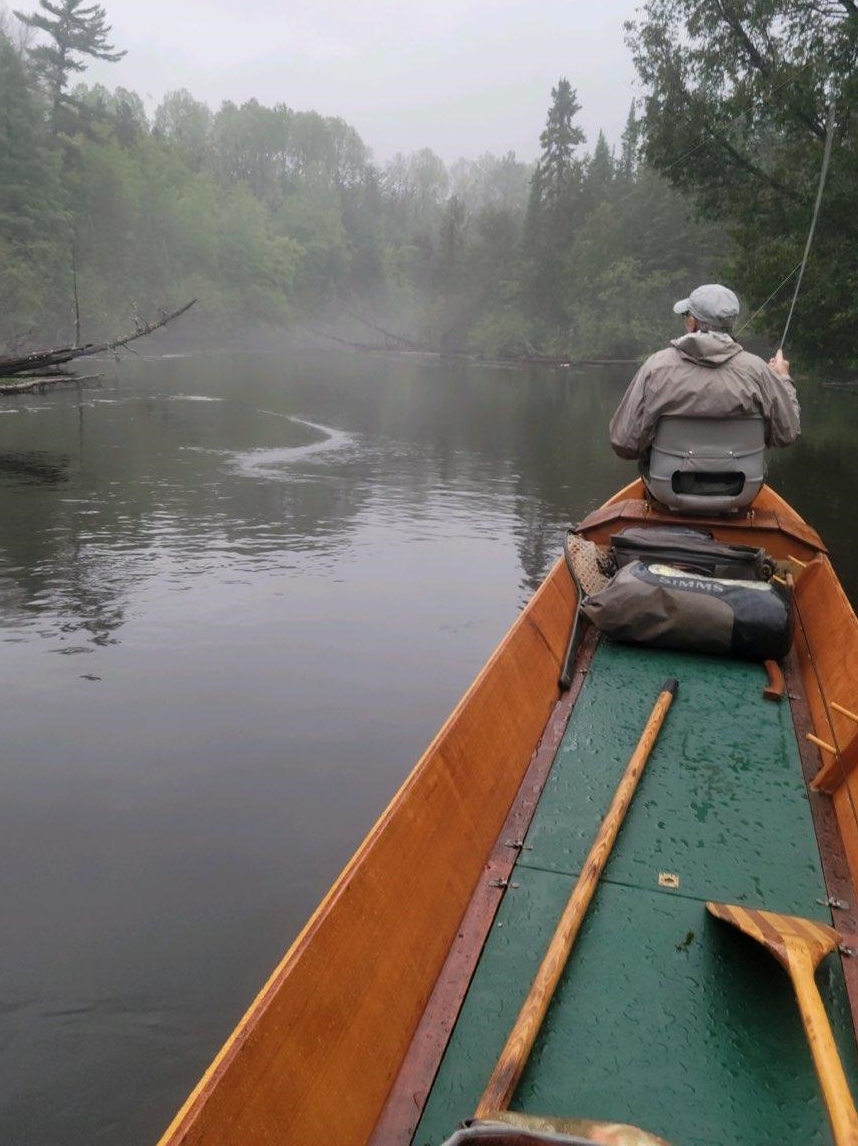 It’s been a wild ride on the hatch match evening fishing train.  Most anglers were having trouble staying in the heat of the Hex Hatch.  Drastic temperature changes have made angling unpredictable.  We’ve had air temperatures swing nearly fifty degrees in a twenty-four-hour period, and that made figuring out spinner falls nearly impossible.  Worse, the water temperatures were following a similar path; we’ve seen seventy-four degrees slide into the fifties in the same one-day time frame.  I couldn’t keep up and neither could most folks, or bugs, or trout.
The lake bugs blew up at the same time as Alcona, in mid-June, and then the two ponds (the one in town and Mio Pond) hatched and all of the early South Branch spots happened.  I seemed right on pace.  Then town paused.  And the South paused.

Mio kept rolling and still is but every boy with a boat was piled in that water.

It used to be easier.  Or so my weary memory tells me so.
It’s about to be again.  We will have Hex system wide by you hear this report.  I guarantee, I think, I hope . . .

Conditions are correct now and the weather is seemingly cooperating to make the last days of June loaded with Au Sable legends of the Hex.   There’s a time every year when things just have to happen – the length of day coupled with appropriate warmth converge to write the tale.  That time is now.

I can’t imagine a time better.

I’m pretty sure it’s written in hieroglyphs somewhere that Hex happen during the last week of June.  Like, a cavemen carved it into rock.

I remember one old, World War Two Vet that stormed Normandy (Harry) coming every year and trying to take one more float into the Chicago Club to relive his best fishing story.  We tried for three years but his health wouldn’t allow it, though he spent hours in the shop telling the tale.

Short story – he got a thirty incher, dead on a board, at the mouth of the South and lost Ma Deeter’s fishing contest by a half inch – the prize was a riverboat.

You may have a place to be this week, but if it’s not here, it’s the wrong place.

PS Jerry Regan will be on the front porch tomorrow (Saturday) tying his famous Hex bugs, please stop by. We’ll have a bit of food & drink too. From 12 noon to ???