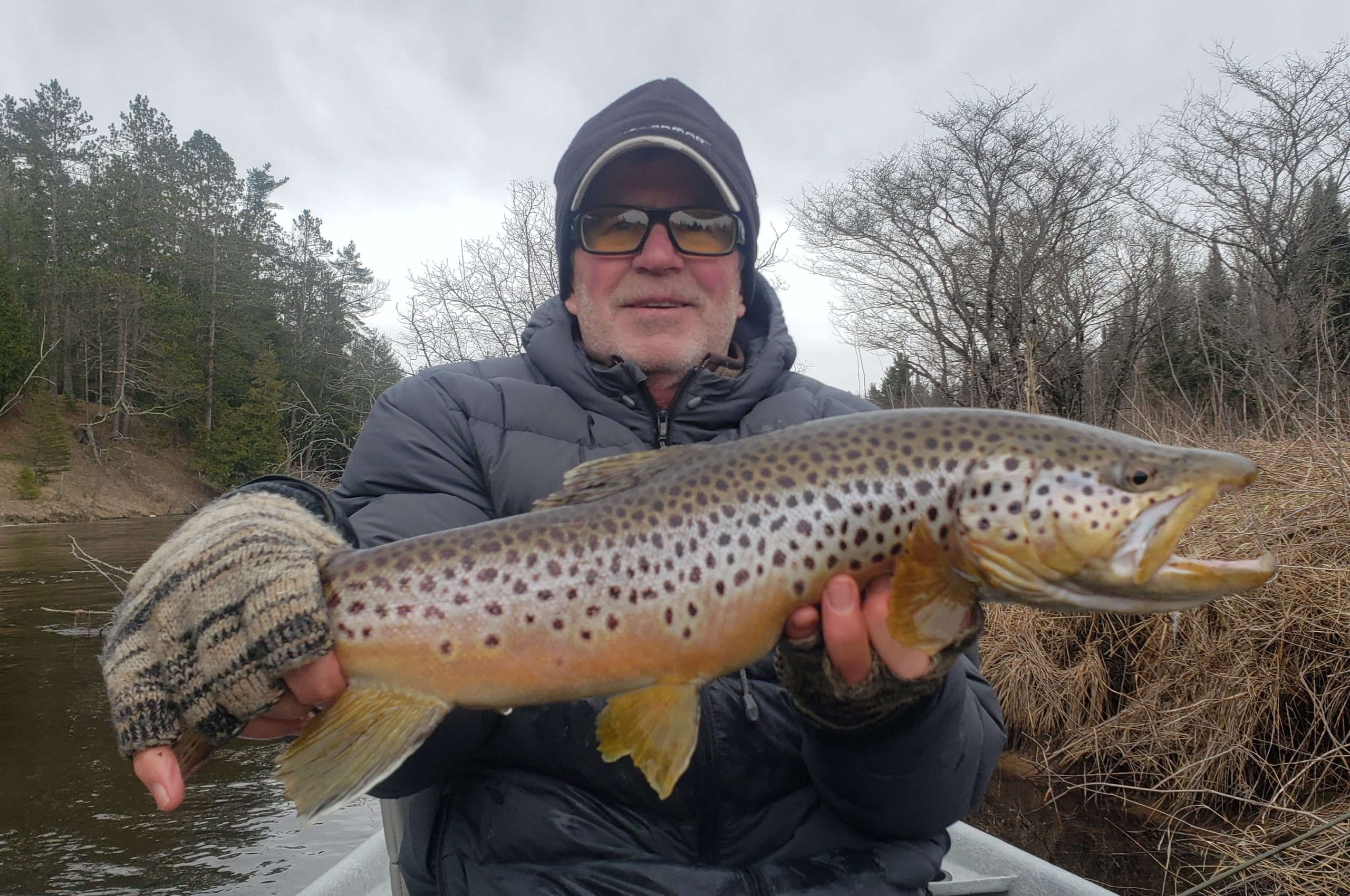 This one is straight from the hip.

There’s a time for fun language and indulgent writing, and then there’s Drakes in June.

I love May more than any other month in the Au Sable flyfishing world.  I live here for May and June and for October.  May was tough for me.  I fished exactly where I wanted and exactly how I wanted, and the River spanked me for not playing by its rules.  Big trout have hidden from my efforts.  Make no mistake, I never fished without long elbow room.  Only saw guys once.  There is still lonely water on the Au Sable, but there’s often a reason that savvy fishermen congregate—it’s, usually, where to be.

Sulphurs and March Browns are the bug of the day, but anglers would be foolish to not have Brown Drakes in their vests.  With water levels low and temperatures flowing similarly over most reaches of River, hot weather will explode Drakes in all of the waters they haunt.  I expect Brown Drakes to blow through the system quickly.

Man, I hope I’m wrong—I really like those bugs to linger.  Certainly, don’t dawdle if you need to hit hatches as much as I do.  The progression of hatches dictates that Drakes will be here before this report expires.

Fish all day.  Fish streamers and nymphs and wet flies when nothing is rising.  Or, blind fish size 14 Roberts Yellow Drakes and Borchers when prospecting on top.  Switch to Sulphurs and Caddis when fish start to rise.

Go for the last hour of daylight for the Sulphur and March Brown spinner fall.  But be ready to switch to Brown Drakes when they, unexpectedly, make an appearance.

The only secret left on the Au Sable is being there on the first night of any bug event.  Even social media isn’t fast enough to keep up with folks that take risks for first-night glory.  Most anglers are too afraid to miss what happened last night to take a chance tonight.  Fishing will be good for Sulphur anyway that first drake night.

And then, when that trout won’t eat your sixteen in the blinded light, there will be Drakes on the water and you’ll have that all to yourself.

Have a great week and good luck on the water!